I’ve been making and selling wine in California since 1972. I enjoy teaching, writing, and singing about wine, so I wear a lot of hats. I built this site to clarify these involvements

2018 IntoWine Top 100 Most Influential People in the Wine Industry

Use the drop down menu in our Shop page to view videos and other information for all our wines past and present.

For Clark’s Cooking Show, Gracious Living in the Time of Corona Series.

For videos on WineSmith Wines, Clark’s Musical Life, his travels to the Republic of Georgia, and Wine Technology, subscribe to Clark’s Channel on YouTube.

Since 2017, I have coordinated an international smoke taint working group to research its chemistry, practical vinification protocols, treatments and mitigation.

I’ve been in the wine business since 1972 when I dropped out of MIT and got a job in an Oakland, California wine shop. I completed the BS and MS programs at UC Davis, built R.H. Phillips in the ’90s, and founded Vinovation in 1992, providing high tech services and consulting for over a thousand wineries, originally centered around the reverse osmosis VA and alcohol adjustment techniques I invented.

In 1984 I began teaching a short course at UC Davis called Fundamentals of Wine Chemistry, which continued for 24 years and was one of their most popular courses, attended by everyone from home winemakers to seasoned professionals. In the early ’90s, I began to see cracks in the theories I’d been taught at school and began to focus on French winemaking aesthetics and techniques. I felt I was making really good white wines and terrible reds, and this led me on a journey to rediscover what red wine itself actually is.

How To Connect With Me

Besides making my own wines, I consult for other wineries in technical matters, shepherd start-ups, and coach winemakers on the use of music in their work.

“Smith has a rich and swirling mind that is on display in this both technical and philosophical treatise on modern winemaking issues that have been pushed to the fore through innovation” – Tom Wark’s Fermentation Wine Blog, December 18, 2013

Since 2008 I have been chronicling the regional flavor profiles of America’s 300+ viticultural areas (AVAs) as Director of the Best of Appellation panel at AppellationAmerica.com.

I conduct wine-making classes throughout the world and lecture at CSU Fresno and at Florida International University, where I also direct research in cognitive enology and conduct educational tours.

The technical quality of wine today far surpasses its condition in the 1970s, when half the wines on the shelf had serious technical flaws. Most wine today is completely made, and the challenge has shifted to grasping its vast multiplicity.

what our clients say about us

Connect with Me
"Clark has been a guiding influence in the wine production side of the business, which, as growers, we could never navigate on our own. Under his guidance and tutelage we have developed great wines from our own vineyards, a website, a marketing strategy, and most of all, a feeling of certain security, that we are doing the the right thing even in difficult times."
Jake Stephens, ProprietorDiamond Ridge Vineyards 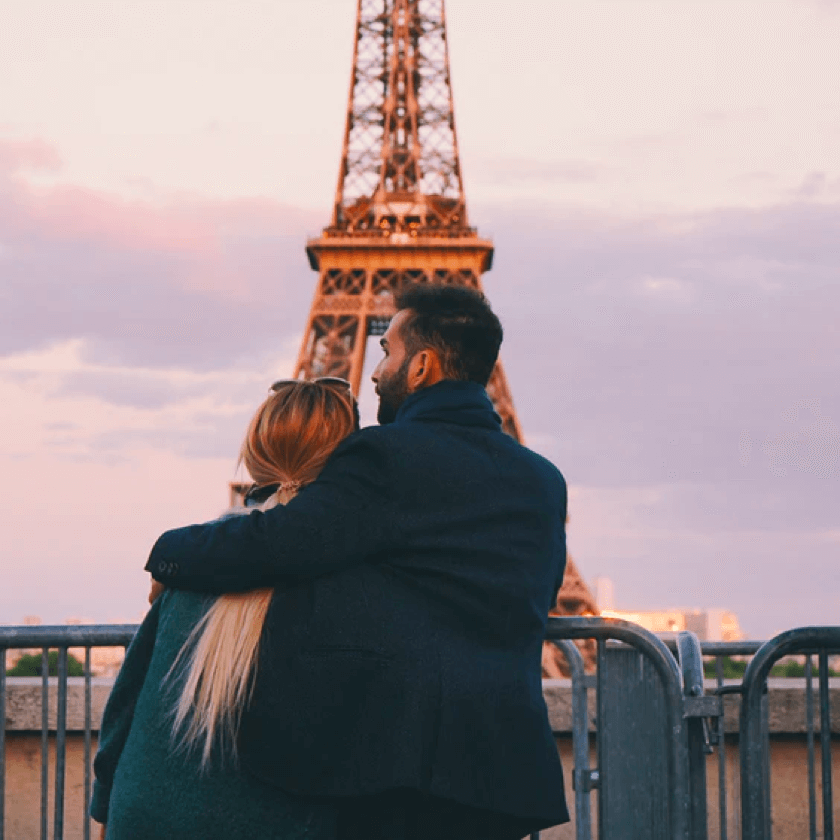 "Over my many years as a wine industry professional I have worked with innumerable master winemakers, but Clark Smith truly stands above them all. He possesses the most comprehensive understanding of the complexities of wine of anyone I've ever known in the business, and his ability to communicate his knowledge to his clients and his students is unparalleled. The proof is in the bottle, and the wines speak for themselves."
Dr. Stephen KrebsNapa Valley College 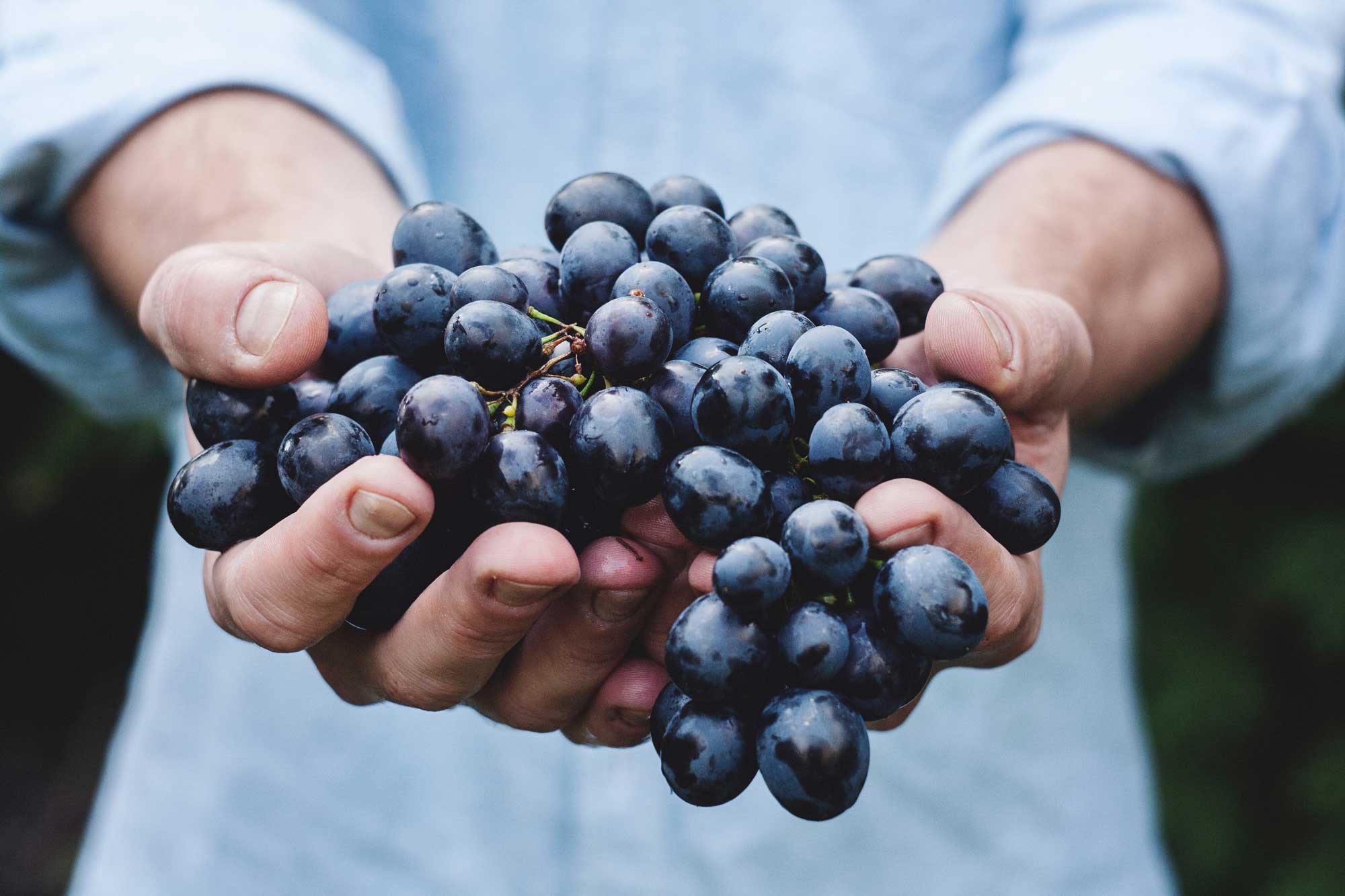 WineSmith wines strive to speak with a focused voice, to deliver a visceral experience. We look at wine as "liquid music" and our goal is "an opera in the bottle."

Our winemaking philosophy is aligned with the principles of Postmodern Winemaking. We are part of a worldwide courageous cadre of winemakers and growers throughout the world dedicated to exploring its mysteries. Wine is something ancient and venerated, recognized as sacred in Roman times and long before. But 20th century ideas have riven the soul from wine and rendered it into a bland commodity. Now we’re getting back to what the ancients knew: that living soil matters, that wine integrates its flavors through refined structure, that when it possesses soulfulness, wine is (as Ben Franklin observed) “proof that God loves us and wants us to be happy.”

Some of my writing addresses what tools are and their appropriate use in order to facilitate the openness which exists between winemakers and consumers around more seriously invasive technologies such as electricity and stainless steel. A rethinking of how science can serve our aesthetic work is has given birth to a new view of winemaking, the subject of my book, Postmodern Winemaking. 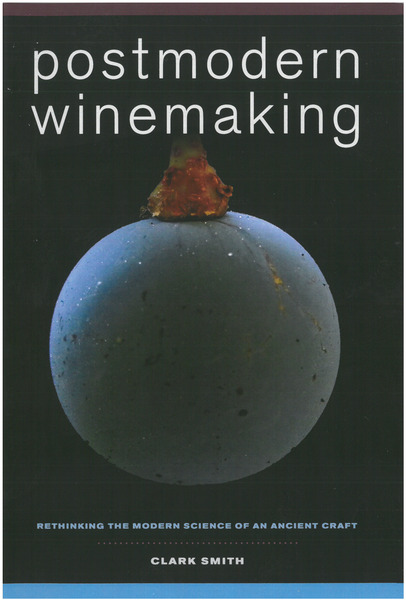 Smith is a writer who can charge way ahead of you (or rather, ahead of me) in scientific exposition yet keep you tagging breathlessly along, full of interest and bursting with questions. As I say, you must read this book.
Hugh JohnsonWorld of Fine Wine
I love this book: it's brave, provocative, and fun. Smith has a writing style that’s engaging and that enlivens what would otherwise risk being indigestible wine science. This is a significant contribution to the literature on winemaking.
Jamie GoodeAuthor of The Science of Wine and Authentic Wine
This book should be required reading for all winemakers, aspiring winemakers, and anyone who wishes to have a deeper understanding of wine.
Joel PetersonFounder, Ravenswood Winery
Buy The Book 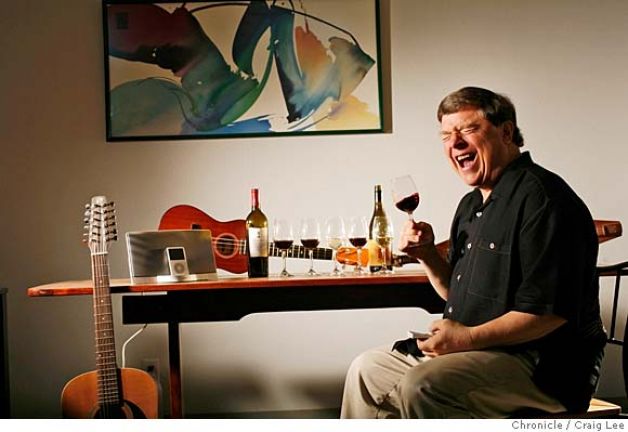 Use the form below to reach out or any of the forms of contact. We look forward to connecting with you soon.